Impressions from AERO 2019 in Friedrichshafen 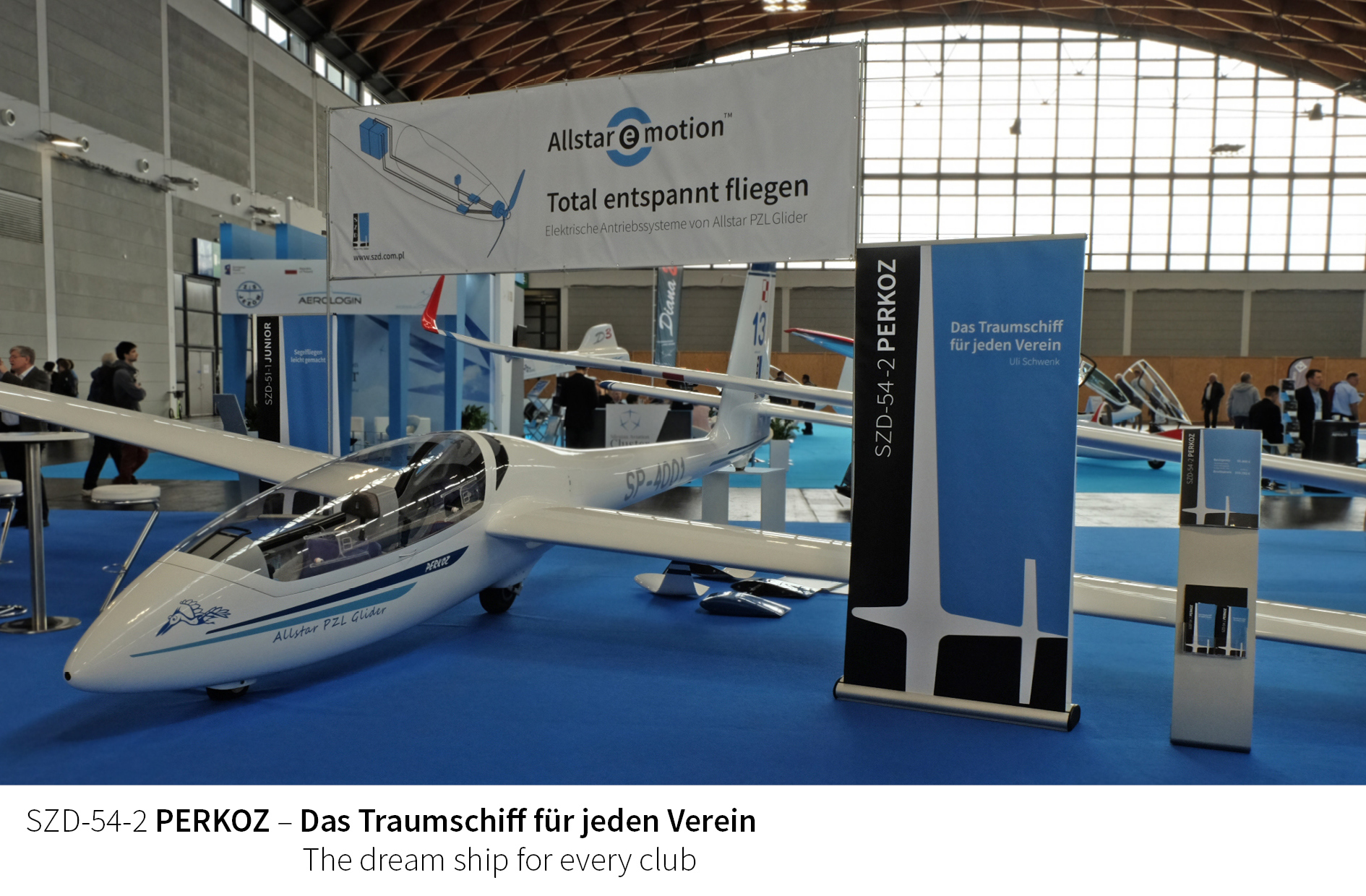 Allstar‑e-motion has definitely been the number-one hit in hall A1 at this year's AERO in Friedrichshafen. This proprietary electrical propulsion system designed by Allstar PZL Glider has been displayed integrated into a mock‑up of a SZD‑55-1 NEXUS. 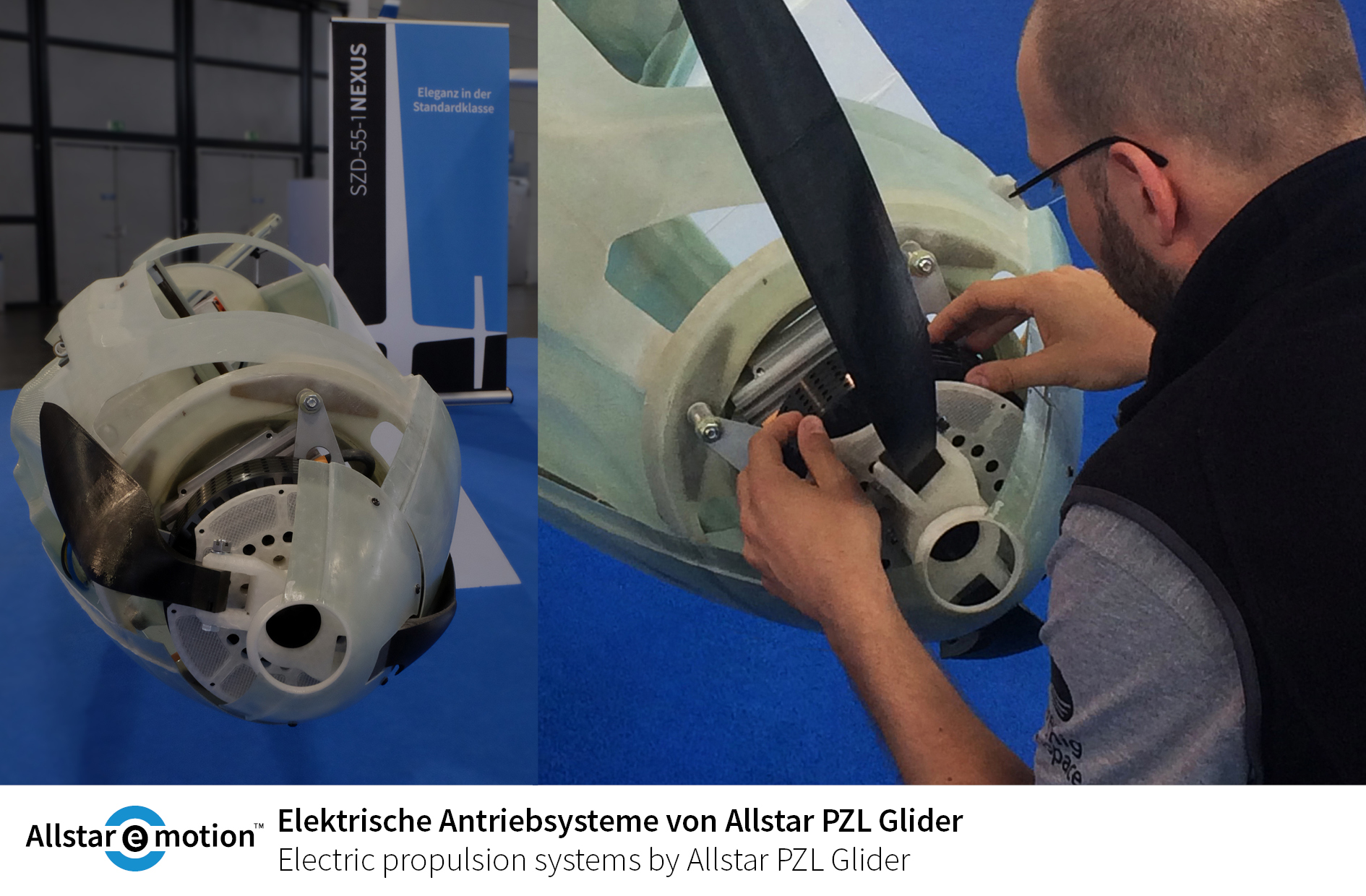 Dr. Ing. Elias Breunig was permanently surrounded by crowd of people listening to his detailed technical explanations of the features of the system and its components.

Not only were owners of SZD‑55-1 NEXUS keen for the results of the tests in flight which will start in June this year, but many visitors were also amazed by the ability to achieve "totally relaxed flying" by having this electrical safety package on board their glider.

The Allstar‑e-motion system will be available for retrofitting into SZD‑55-1 NEXUS that are in operation and as the original equipment of the New NEXUS’, and also as a kit for other appropriate types of gliders. 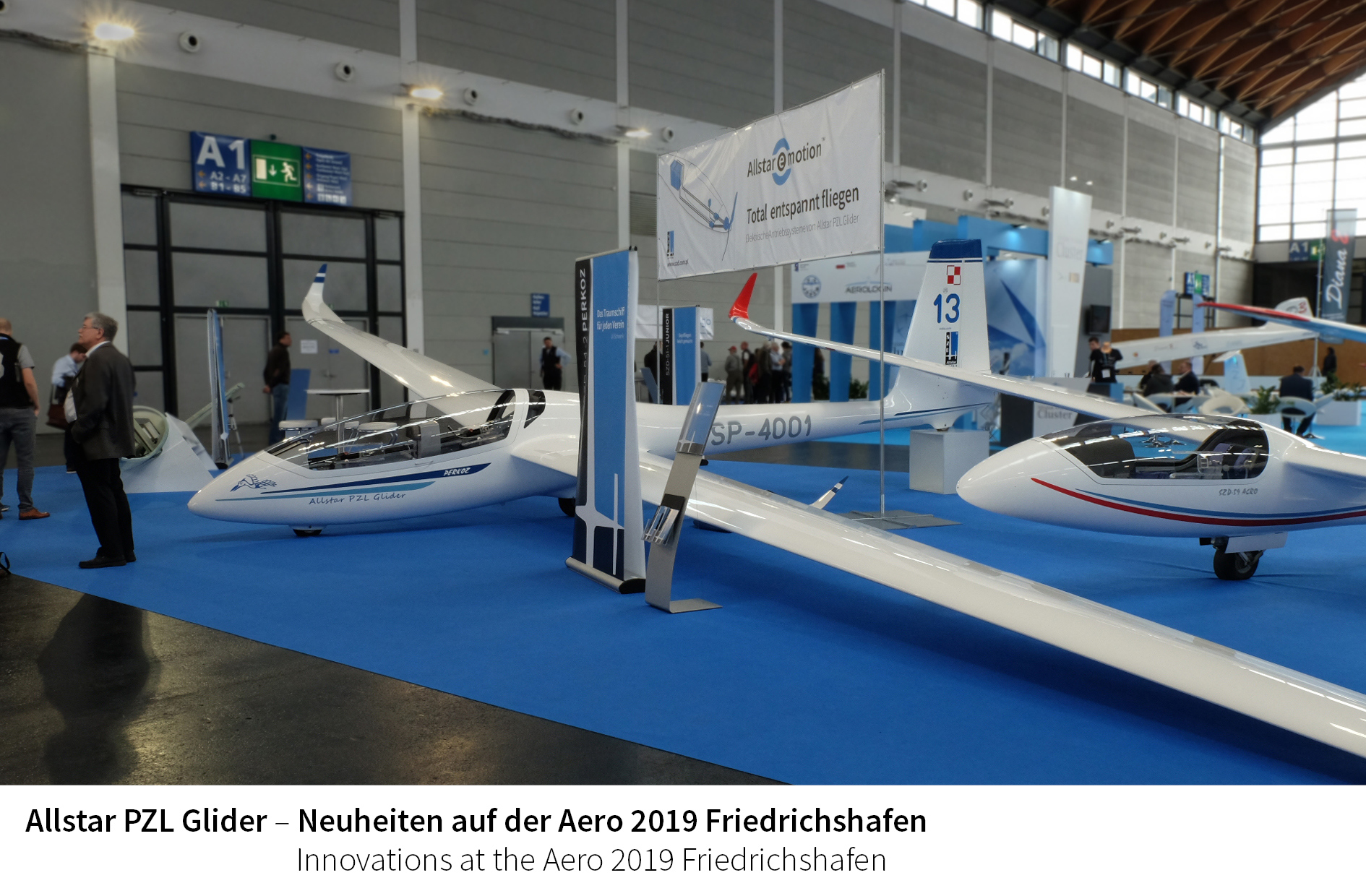 SZD-54-2 PERKOZ is continuously expanding its fanbase. This time it has been displayed with the newly developed installation to move the rudder by hand. A gentleman who visited our booth in his wheelchair demonstrated to the quite astonished people around how easily he could move over the low edge of the cockpit (without help!) from his wheelchair into the front seat of the PERKOZ and back into the wheelchair. He confirmed the functionality of our design with regard to his additional requirements. 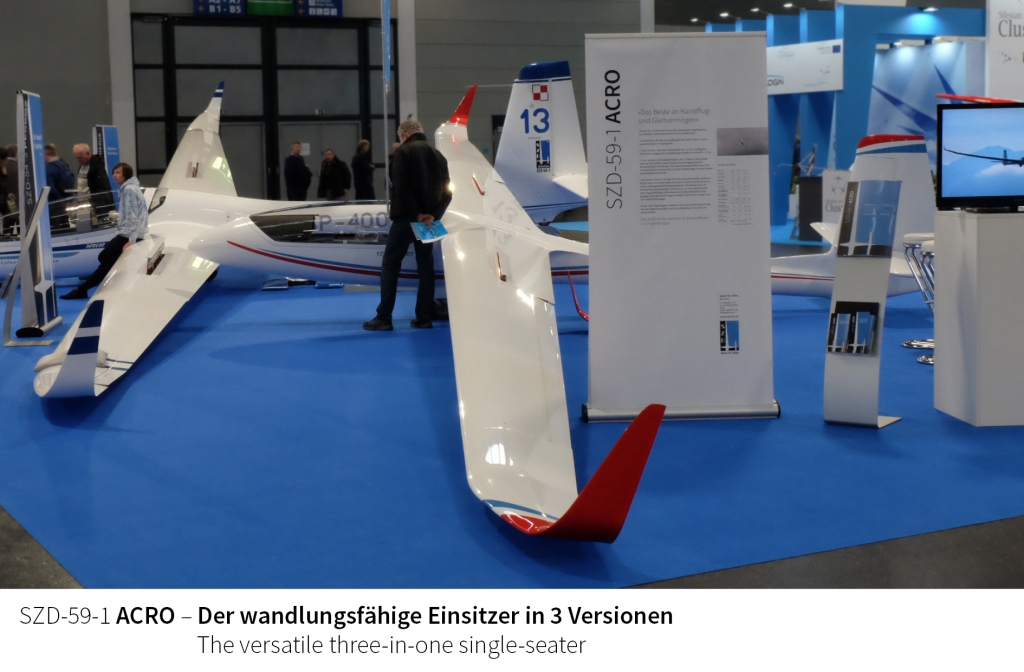 SZD-59-1 ACRO, the versatile three‑in-one single‑seater, is already well known among the aerobatic pilots’ community for its winning mix of aerobatic and glide performance. Many owners, that visited our stand, confirmed that they fly significantly more during the year by flying mainly aerobatic at the beginning and the end of the year and cross‑country during the season.