Records in Canada and Wave Flying in Scotland

With an absolute height of 9831 metres, Melanie Paradis and Patrick Pelletier set the new Canadian height record in the double-seater class in a SZD-54-2 PERKOZ. We congratulate the two pilots on this great achievement.
The Canadian record for a multiplace glider had been unbroken for over 60 years since 1961. On their record flight from Cowley Airport in Alberta, the pilots have not only set the absolute altitude record, but also the record in gain of height at 7275 meters 2020.

Wave soaring in the mountains

In order to set altitude records with the glider, the pilots surf in the upwinds of a lee wave. Waves can occur in certain weather conditions on the wind averted (lee) side of a mountain range. The topography of the terrain then oscillates the wind current. The waves are increased or attenuated in a complex system of interrelations. In addition to the variables of wind strength and wind direction, temperature layering and humidity, the surface shape of the mountains determines the strength of lee waves and thus the usable upwind zones. 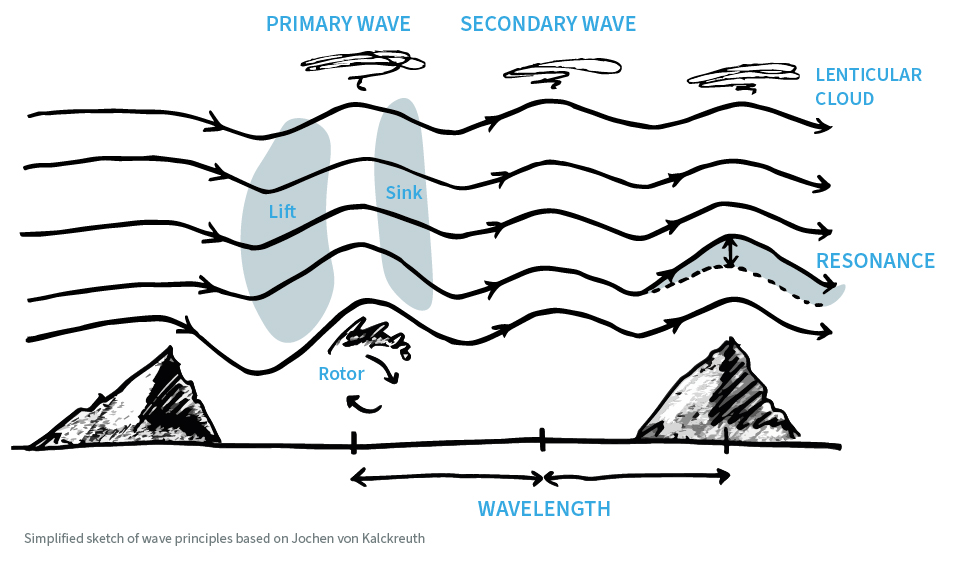 Steep lee slopes with a flat windward slope can, for example, trigger strong primary waves. Another effect occurs when the distance between the successive mountains is phase-identical with the wave. A resonance can be triggered, leading to an increased wave height on the next ridge. Further safety factors resulting from extreme altitude, possible turbulence, high ascents and low temperatures must be taken into account in the preparation and execution of wave flights.

Location of the Canadian record flight

The special conditions for their record flight were experienced by Melanie Paradis and Patrick Pelletier on the Livingstone mountain range, an eastern foothill of the Canadian Rockies. The Lethbride Soaring Club at Cowley Airport is a hub for Canadian and North American glider pilots in autumn. Patrick, Royal Canadian Air Force Pilot, is a member of the Lethbride Soaring Club. He flew this fantastic performance together with Melanie, who is a member of the Cu Nim Gliding Club northern to Lethbridge and the Edmonton Soaring Club and. She is the holder of an instructor rating. The Edmonton Soaring Club provided its SZD-54-2 PERKOZ for the record flight. 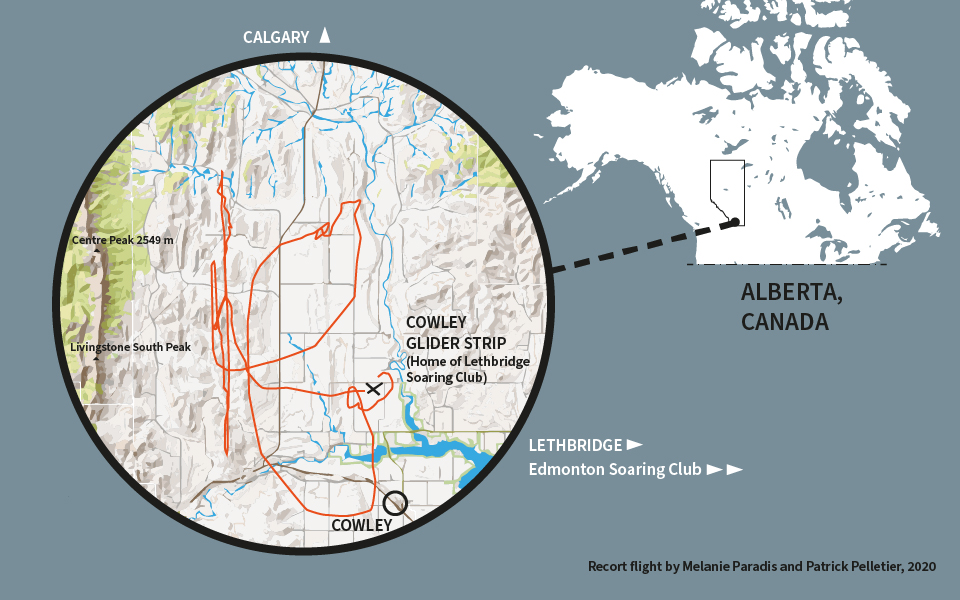 In Europe there is, among others, a special wave flying centre in Scotland near Aboyne. The Cairngoms Mountains provide the best conditions for high lee waves. Every year, Deeside Gliding Club hosts the UK Mountain Soaring Championship. Parallel to the cross-country competition, a height gain competition is also held there. In September 2020, Jakub Hlavacek, an instructor of the club, achieved the best result with the club’s own SZD-54-2 PERKOZ. Various members of the club were able to participate with Jakub in the cross-country and high-altitude flights. We congratulate him on this success. 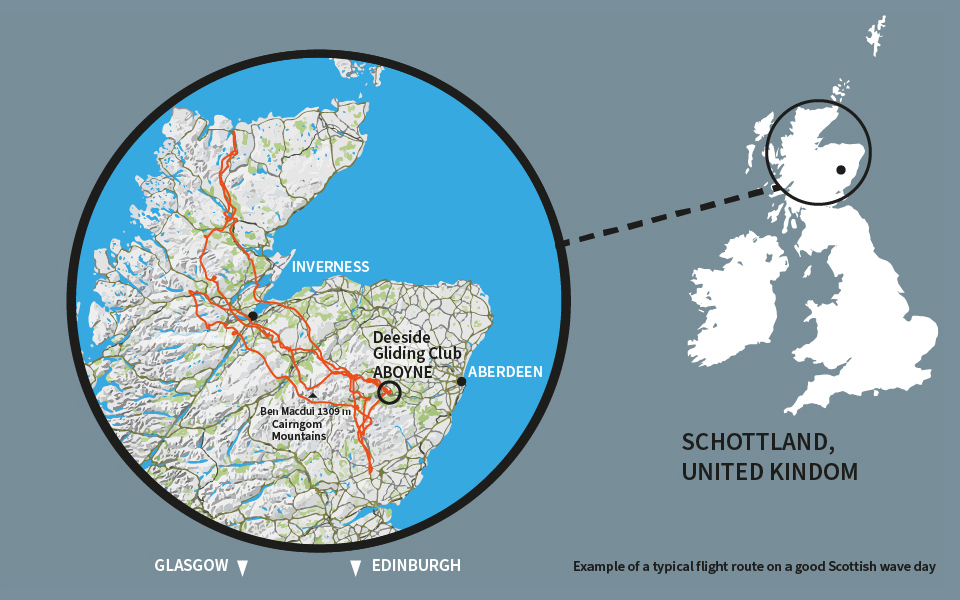 The double-seater glider SZD-54-2 PERKOZ is not only the ideal glider to set altitude records, but also to introduce flight students into the peculiarities of wave flying.
The SZD factory of Allstar PZL Glider in Bielsko Biała is located near a wave-flight area on the slopes of the Beskydy Mountains. The Polish gliding centre on Mount Zar is only 40 km away. Young glider pilots learn to deal with the special challenges of gliding in the mountains from the first moment. These are ideal conditions to safely “ride” the waves.

For the exchange of experiences with the clubs, please see the following contacts: